Karen, my wise wife had decided a long time a go that the family must reprise the trip she ha taken with the kids when Jonny was about 6. Now he is 18. For the last several month she was busy doing the planning the booking and all incurred arrangements.

Eventually the date of the flight had come! We all got extremely excited and got early in the morning (at about 4 AM) to make it to the flight on time. Karen had arranged for us to be shuttled from home to the airport. We all went to the usual ordeal (Luggage check in, Security check, Passport control, Bank – withdrawing some Euros in cash, obligatory duty free shopping, breakfast, descent to a normally not used departure gate, transfer by a bus from the terminal to an airplane parked off the main terminal and, eventually, boarding). After going through all that we felt extremely happy to occupy our seats in the Boeing 737 headed to our destination – Venice, Italy.

Here’s our picture taken by Leigh (our middle daughter):

Sitting in order (close to far) – Leigh Gofman, our second child. Roni Gofman, our eldest. Or Kiassi – Roni’s boyfriend. Yours truly, the one sitting across the isle with a weird look on his face. Jonny Gofman, our baby not bothering to look into the camera and the architect of the whole trip – Karen.

Wishing for an uneventful flight we were all thrilled to start taxiing towards the runway. About 15 minutes into the takeoff process a pilot announcement came over the PA system letting us know that during engine ignition a fault lite came on but we shouldn’t worry as it is quite safe, they will run the preflight procedure again after which we shall take off. Then, after a short while, a new announcement saying the fault was reproduced and that we have to taxi back. Then an announcement saying it wouldn’t be long but a part has to be replaced on the aircraft. Then an announcement that we would incur a delay of about two hours… Al the while we were sitting in an aircraft of the runway with the A/C turned off. Eventually the crew gave us some water to drink, some cookies to munch on and then the plane was fixed.

From that point and on the flight was indeed eventless all the way to Venice. When we landed it was raining and as we were late no air shoots were available so the cptain decided to keep us boarded until covered steps were located. After waiting for quite a while and again over the PA an announcement came than no covered steps were available and we should descend into the rain wile exercising utmost caution 🙂

Eventually we got to the Avis counter to discover that the cars we ordered were already handed over. I was looking forward to driving an Audi… but Or and Roni got a BMW and Karen and I had to make due with a Puegot. But luckily our car came equipped with Apple CarPlay so all in all it added to our overall experience.

Karen had booked three rooms for us at the Hilton Garden Inn which turned out to be a very descent hotel and we enjoyed our stay in it very much. 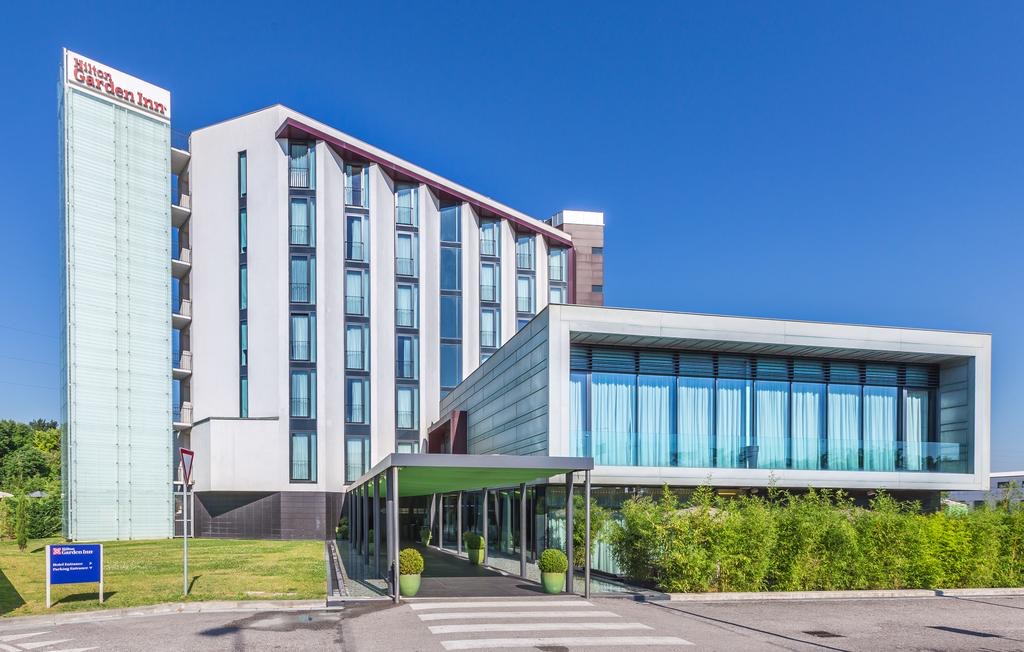 After getting acquainted with our rooms we decided to hit the city. We took a 5 minute ride from the hotel to the central bus station at Plaza di Rome and started our walking about.

Here are some shots form our first, extremely enjoyable day in Italy. 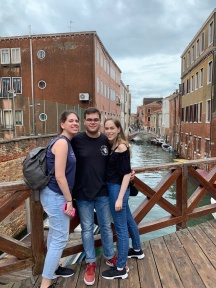 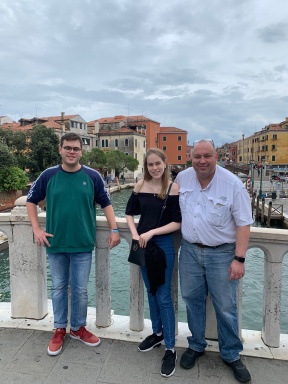 Our end destination was, of course, Piazza San Marco. As we were quite tired after the flight, we couldn’t figure out a terrestrial way there. The Central Canal was separating us from our destination. So we decide to take a Gondola across the canal. It was a very short but very exhilarating ride!

By this time my feet were already killing me from all the walk done during the day. The cobbled stones, paving the city of Venice weren’t too nice to my feet as can be seen from the face I’m pulling on this shot. But there was yet plenty of walking ahead…

After crossing the Central canal and followed by some additional walking we arrived at Piazza San Marco. It was as one can expect seeing it in so many movies. The crowds, the pigeons… everything!!!

We also did some site seeing of the adjacent streets: 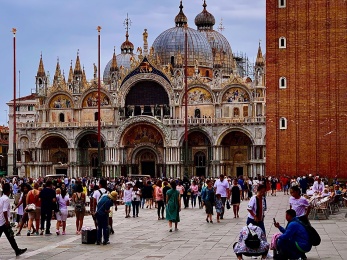 Eventually Karen took pity on me, as she could see I couldn’t walk any longer so we split. The kids went sight seeing some more while Karen and I headed back to the hotel.

We took a local waterborne taxi back to Piaza De Roma, located a bus to the hotel and found, using Apple maps, at what station we should alight off the bus.

When we got there we had to climb a 3 floor bridge which took us across the road and eventually got to our room.

I felt exhausted but extremely impressed and thrilled. This was my first trip in six years and it was very invigorating!!!

In the evening the kids told us stories of their trip which ended in a restaurant. For some reason they didn’t like it so walked out after seeing the menu. But they had dinner elsewhere. Jonny had asked for Spaghetti with meatballs which got the waiter extremely offended. He told Jonny that this was an American dish (more about this in the entry about our visit in Verona). What Jonny actually wanted was Spaghetti Bolonez… 😂 The kids had lots of fun walking around without the encumberment of their old parents 🙂